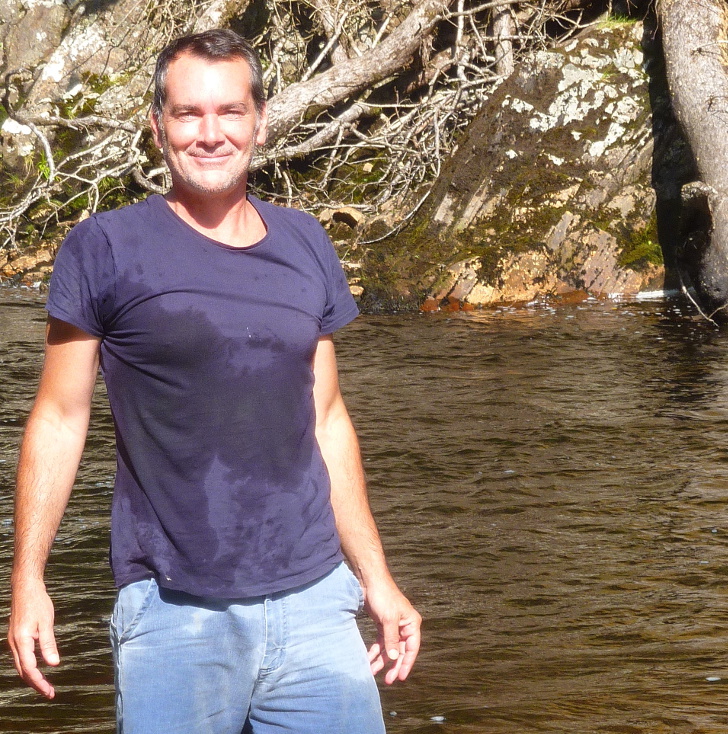 Five year architecture program under the direction of Dean Werner Seligman. Bauhaus and modern influenced school. The work of LeCorbusier and the other moderns was intensely studied. Syracuse was respected for a curriculum that balanced strong structural engineering and environmental control systems with architectural spacial theory, history and philosophy.

In May, 1992, cooperatively responsible for releasing the first full-length, fully digital movie for the computer in the world. Our company expanded from four founding members to 40 employees in a year and created some of the earliest interactive CD-Rom's in the computer marketplace.

Created with my brother Todd, Candle Opera was a retail/manufacturing company located on the popular Pearl Street in Boulder. Candle Opera offered candlemaking classes and manufactured the largest candles in the world at the time. The terf Studio art gallery ran concurrently with Candle Opera showcasing the steelworks of Stanton Segner and myself, along with periodic exhibits including the photography of the Cubans Roberto and Osvaldo Salas. My sculptures and associated steelwork were exhibited extensively at this time in my own spaces and on locations including the famous Red Rocks Amphitheater in Morrison, Colorado and the Paramount Theater and 'The Church' in Denver.

Radio tracked tagged Antigua Racer Snakes on offshore island in the north sound of Antigua for monitoring purposes. Successfully tracked one out of six large adults that were part of the temporary monitoring program. The racer was thought to be extinct until a small number were rediscovered six years ago on one offshore island. No racers live on the main . At a known population of only about 160 individuals, the racer is one of the rarest snake species in the world. Human population, rats and mongoose (introduced to the island to control the rat population) cause of the racers destruction.

Night beach patrols with SOS for the protection of the turtle during nesting season including cataloguing, measuring and informational guiding for tourists.

Assisted ET in the organization and execution of the Kilgwyn Swamp Cleanup in , an important wetland breeding area and mango forest. Over 40 full dump truck loads of garbage ranging from stoves to gum wrappers removed from the mangoes over the course of two months.

Sailed with Captain Paul Watson on Sea Shepherd’s flagship from April to October on Galapagos campaign. Main responsibility while sailing was that of coxswain, captaining and maintaining the small vessels (two zodiac style boats and two jet skis) and davits in good repair and captaining the 140hp. zodiac in open water. Additional but not all duties included incinerator design and refuse disposal, general deck repair and rough weather security, bridge watches, and the particularly dangerous job of anchor chain manipulation during hoisting that almost killed me when the windlass operator messed up.

Panama Canal crossing, , and . Exposure of illegal fishing activities within Marine Conservation Area. Apprehended Ecuadorian longline vessel and eight dories and delivered them to the Costa Rican authorities. Sea Shepherd recovered over 12 miles of longline from the water of the marine park.

Galapagos Islands- Delivered goods and services to . Rendezvous with sister ship on permanent Galapagos patrol. Exposure of  illegal activities within the park system.

Transported and released rehabilitated sea lions. They really stunk up the car, it had to be sold. Fortunately it wasn’t mine.

NAUI certified in , 1994 although I have a hard time equalizing my left ear and have therefore spent countless hours on snorkel and with the local fishermen of Tobago and the conch fishermen of . Diving experiences include the pleasure of being among hundreds of hammerhead sharks the size of station wagons at .

1995 - 2015: Self employed sculptor. Exhibitions/representation include:

In addition to my formal architectural education I have considerable practical building experience working for my family's building company, Over Mountain Builders, who specialize in quality, light wood frame construction and carpentry. I have designed and completed full sets of drawings for two existing homes in the Northeastern US, including my family residence built in 2000 (photo right), and have participated in the renovation/construction of many other homes and barns from foundation to finish work.  Most recently, the renovation of my Grade II listed cottage in North Wales has familiarized me with stone construction and its particular environmental attributes.

I grew up deer hunting with my father in the north eastern , though I never carried a gun. I purchased my first boat at eleven and have owned one or another vessel ever since. I have had many and various pets in my life ranging from a black widow spider to a Chinese Water Dragon that lived for sixteen years and laid unfertilized eggs. I am one of only a handful of individuals to have seen and photographed the rare ‘coydog’, or eastern coyote.